I left Paso Robles and was soon riding through very flat arid land very different from anything I’d experienced in North America thus far. To date it had pretty much been lush coastal areas, now I was seeing the effect of the long drought California had been suffering first hand.

I also passed the junction where, I assume, James Dean lost his life.

And some oil fields.

Eventually I reached the town of Lost Hills, a strangely flat place given the name, unless they actually mislaid the hills.

I decided to camp here as it was getting dark as I’d made my distance for the day even though I’d left late.

I pitched up behind a McDonalds in some desert bushes, with all their amenities a short walk away. 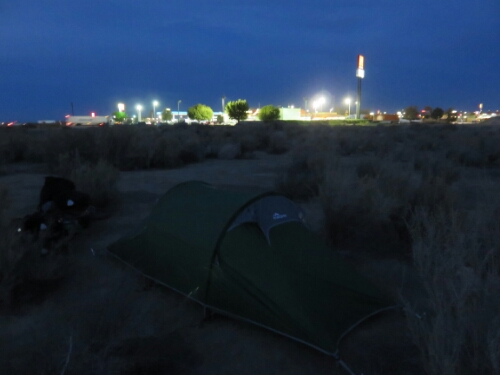 The next day I woke a little late and headed onwards towards Death Valley which was still five days away.
The day began nice and flat again and I rode through various different farming areas which seemed to be springing forth from a desert.  There were rose farms, orange groves and almond farms. It was staggering to think how much water they must at be using and there were a lot of political signs against any cut to farmers’ water as a reaction to the drought.

I also went past a prison, or correctional facility if you prefer. 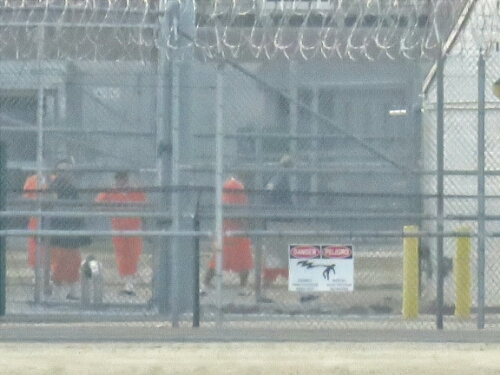 Fully equipped with watchtowers and so forth.

Eventually the flat ended and I started climbing up into the Greenhorn mountains. I really felt like I was riding into the middle of nowhere.  There was even tumbleweed rolling around!

As I rode something didn’t feel right, my bike was making a strange noise when I pedalled… I hate strange noises and this one didn’t sound remotely benign.  So I pulled up and checked no straps were hanging in my spokes. When it became clear there weren’t I gave my cranks a quick wobble to see if there was any movement.  I wasn’t expecting any as I felt I’d checked recently.  I was thus pretty shocked when there was what could be described as substantial give. The whole chain wheel side was very wobbly which is a bad sign. Last time I’d had this I’d needed to replace my bottom bracket.
I was a tad worried, I didn’t know how long it would last like this or what form failure would take if it came.
I needed a bike shop. Unfortunately I had chosen the scenic route. It looked like I would have to ride 120 miles on my chosen path to the next one. So I steeled myself for a couple of days of very paranoid riding and continued on. 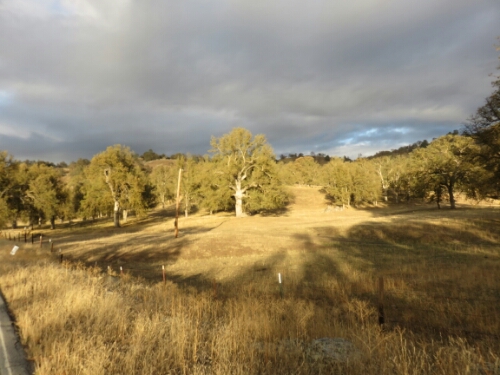 As I  continued the landscape changed again, with more trees and grass in evidence, though everything looked very dry.
There were some small villages up in the mountains but no chance of a bicycle shop.

As I rode it became clear that I wouldn’t reach the climb’s summit before dark so I looked for somewhere to camp. Being chased by dogs a couple of times as I rode past farms.

Eventually I found a bit of grass sheltered by some trees and threw my tent up there.

It was a little eerie as I could feel the forest behind me stretching up into the mountains.

When I woke it was a really spectacular morning as I immediately started back in on the grind up the mountain. 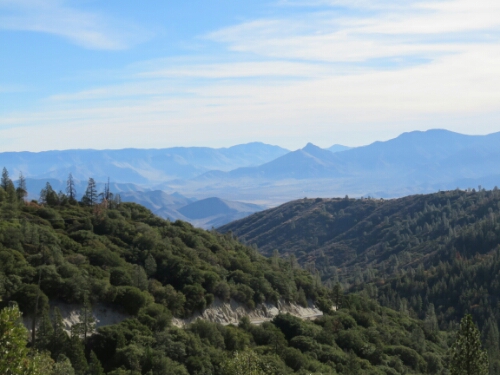 The scenic route, while tough, was scenic.

Eventually I reached the summit of the climb and was ready to ride down into Lake Isabella. The name of a lake and town.

Riding down this road I was really glad I’d gotten new brake pads in Paso Robles. I think I’d have been in real trouble if I hadn’t as the descent was very very quick and very winding. I’d have been in trouble if there was any other traffic in fact.

The area over the pass was much more arid and it was clear that the lake badly needed some rain it was so shrunken.

I was still in amongst civilisation, just about, with a few small towns round the lake but not a bicycle shop in sight as my bottom bracket rattled away.

No photos allowed inside, it was very nice

As I continued I could feel I was heading towards the desert as Joshua Trees started to rear up and the towns dropped away. 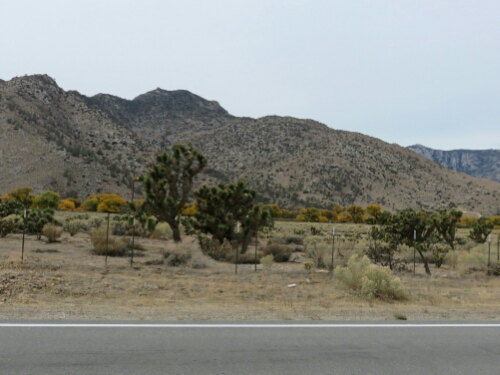 And anything resembling green grass disappeared.

Annoyingly I had another pass to get over before the day was over. I should really have paid more attention to Googlemaps new cycling elevation profiles!

This was apparently a famous pass with a plaque and everything, named for a chap called Walker.

As I came over the top the road stretched off into desolate wilderness. It really felt like I crossed into another area. 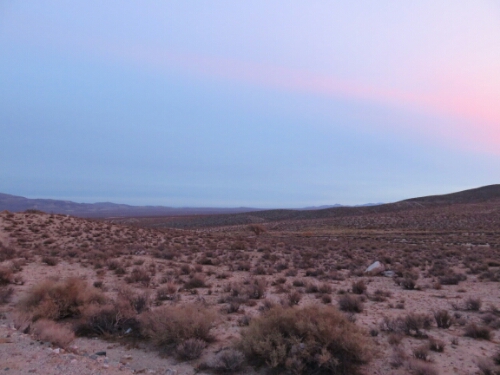 And the sun had begun to set so I needed to find a camp spot.

One bit of desert seemed the same as any other so I threw my tent up just down from the highway outside the town of Inyokern, which was probably a little risky. I arrived as it grew dark and let as I grew light so I was OK.

That day I’d found a bit of WiFi at Lake Isabella’s McDonalds and I knew there were two bicycle shops in Ridgecrest, the last major town before Death Valley, so I was planning on heading straight there when I woke up.

As I emerged from my tent it started to rain which was a surprise to say the least.  I was now in the actual desert, the last place I would expect it and here were some droplets falling. Apparently there’s only 15 days of measurable precipitation in the area and I was getting one.

As I packed up and rode into town it got worse and I was soon totally wet.  It felt more like England than California.
Then I passed the first bike shop and it was not opening until 11am, in almost four hours. This was a bad sign as I didn’t really want to be hanging around all day.
Luckily as I got to a supermarket to get supplies to ride through Death Valley I got more internet and saw the other bike shop was opening at nine thirty, I had to hope it had a good mechanic!
So I did my shopping and used the net and headed over to TJ. Frisbees. This turned out to be a surprisingly well equipped bicycle shop, given it was in the middle of nowhere.  It was really add all equipped as anywhere else I’d seen and had by far the biggest work room. The mechanics were also great and looked at my bicycle straight away and confirmed the bottom bracket was not as it should be, the second I’d worn through and my third of the trip (the second one lost in an accident).
So in double quick time my cycle was all back together and I was feeling much more confident about Death Valley.

I can’t describe how relieved I was that they were able to sort my problem and I was feeling much better about riding into the wilderness.

3 thoughts on “Paso Robles, CA to Ridgecrest, CA: into the desert”