Arriving in Bangkok I knew I would have a week before I took my flight back to Central Asia and Bishkek.  I had a list of a few things that I wanted to get done before I left. This included getting my bike fully serviced and boxed and buying a new kindle.  Other than that I pretty much wanted to relax and enjoy being in the same place for a few days.

I found a bike shop on the internet that seemed to specialise in touring bicycles and surprisingly they even stocked frames made by the same company as mine – which is rather rare.  Its name was Bok Bok bike and it was located quite near to where I was staying.  They also stocked a lot of high quality components that I hadn’t seen anywhere else since Europe, so I got them to replace my bar grips which were wearing out.and had gotten pretty smooth.

They also helped me box my bike up, practically coating the box in duct tape – I was lucky that I wasn’t asked to open it up at the airport!

The only problem with Bok Bok Bike was that they ripped out the connectors for my dynamo hub meaning that I wouldn’t be able to charge my mobile phone until I got it fixed.

I was also able to pick up a new Kindle from a Bangkok department store.  This was something I had been a bit worried about as ereaders are not so popular in this part of the world.  I had to pay about 33% extra but it was probably easier than trying to get one sent out from the UK.

Being in Bangkok again was a bit strange as it had been ten years since the last time I had visited there and some things seemed very familiar while at the same time the whole impression I got of the city was a lot different.  For one thing it felt a lot cleaner than I remembered…this may have more to do with the fact that I had recently been in India.  It was also a lot more expensive to get around with tuk tuks now being more of a tourist attraction than a legitimate means of transport.

The number of tourists in certain places was also quite surprising.  In the main tourist area around the Khaosan Road there were easily the most tourists I had seen on the whole trip.  Backpackers were literally everywhere and it was nice just to be able to blend in off the bicycle.

While in Bangkok I did a bit of sightseeing taking in a couple of the main temples. 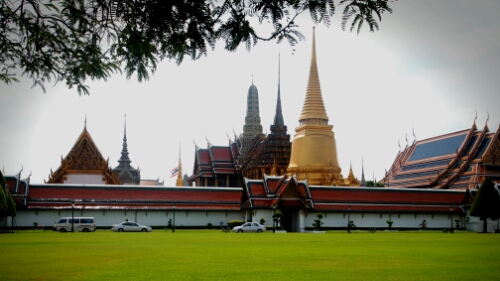 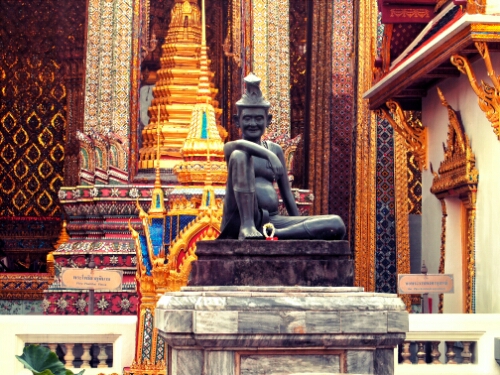 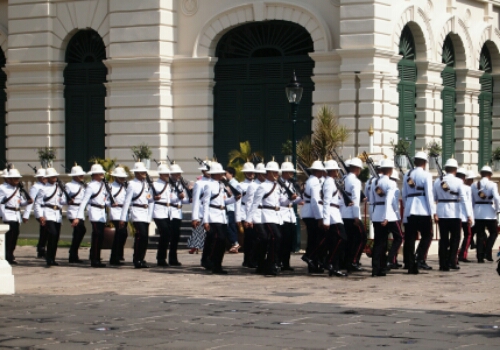 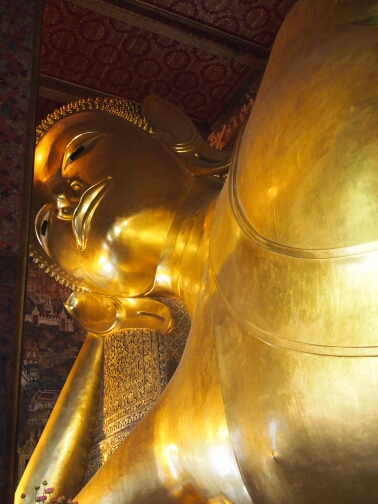 It was also interesting to see some of the camps of protesters which were still very much in evidence.  A few of Bangkok’s main roads were still closed off with large camps of people who had travelled in from out of town in order to protest against the current government.  Some of these were now basically large tent towns with people living there semi permanently.  They had makeshift toilets and washing areas and there were many places to get food.  Luckily while I was there, there didn’t seem to be any large protests.

The city was also phenomenally hot in the day most of the time I was there and hiding in the air conditioned hostel seemed like the best option for most of the middle of the day.  Towards the end of my time there it became a bit more overcast and it wasn’t totally uncomfortable to walk around the city.

On the actual day I was to go to the airport there was torrential rain just as I was leaving.  This was a bit of a worry as my bike was in a cardboard box and I was taking an open pickup truck to the airport as I had struggled to find a taxi that would take me. 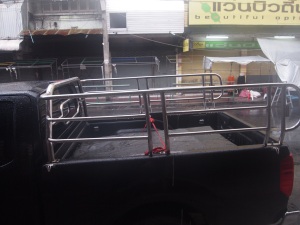 Luckily the driver had a massive waterproof sheet to rap the box in or else it would have disintegrated leaving me in the lurch.

Everything at the airport went smoothly and I dropped my bike off at oversize luggage.  This was the second time I had flown with my bicycle with Air Astana and both times they have been excellent.  For less than EUR 50 I was able to check in a box weighing over 25kg with my bike in without any trouble.  I was also had about 5kg of excess check in luggage with me that they didn’t even mention which was very lucky. 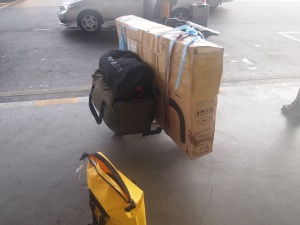 I was a little bit nervous about this flight as it was the first time I had not flown direct with my bicycle.  Luckily as both legs were with the same airline when I finally arrived in Bishkek my bicycle and luggage was all waiting for me.

Being back in central Asia again was quite strange.  Firstly because it was spring now and the last time I had been there it was mid winter.  So everything look very green and lush rather than snowy and muddy.  Secondly the first time I had come to central Asia I had gradually ridden there through Europe and I had eased into the place. This time I was dumped straight in from south east Asia and it felt very different.  Mainly the human influence on the area was a lot uglier.  There were no beautiful temples everywhere or attractive traditional homes – it was just grim post soviet buildings as far as the eye could see – charming in its own way but very different nonetheless.

Thankfully the landscape itself is incredibly beautiful. 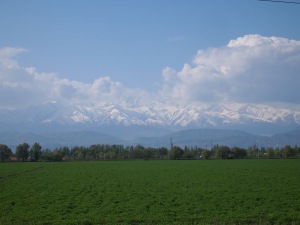 I had arrived in Kyrgyzstan just as a major public holiday was beginning so I wouldn’t be able to apply for my Chinese Visa for almost a week on the following Tuesday.

One thought on “Bangkok to Bishkek”